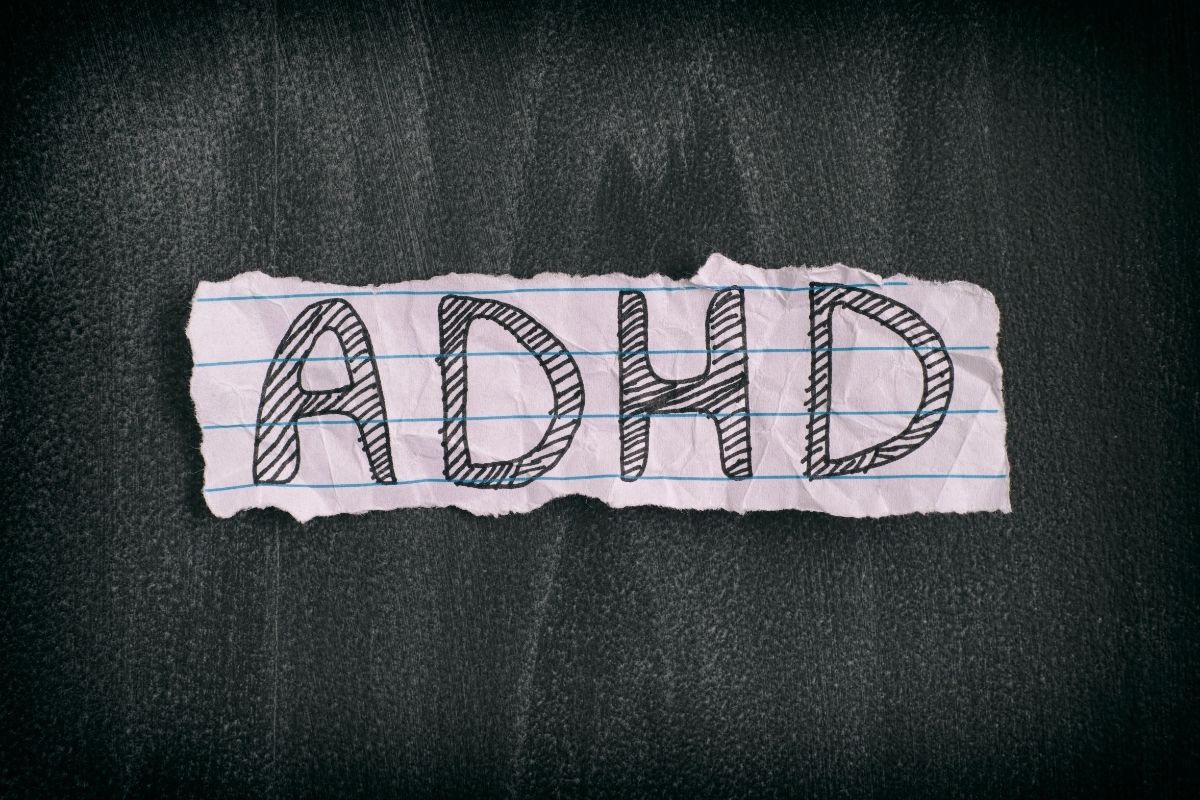 ADHD is a common disorder, and it’s estimated that between 4-5% of people in the USA have ADHD (whether diagnosed or undiagnosed).

Symptoms of ADHD include hyperactivity, restlessness, and a lack of focus, although like any other disorder no two cases are identical.

Most of the time, a person with ADHD receives a diagnosis between the ages of 5-12 years old.

Adults can also be diagnosed if their symptoms weren’t picked up on during their childhood, although this is less common.

But is it possible for an adult with no previous symptoms to suddenly develop ADHD? This article has the answers you need.

Here we’ll take a look at ADHD as a whole, whether it can develop in adults, and why it’s so hard for adults to receive an ADHD diagnosis.

We’ll also take a look at some ways for adults to manage their ADHD symptoms.

What Is ADHD (And How Is It Diagnosed)

First things first, we need to have a good understanding of what ADHD actually is, and how its symptoms are diagnosed.

ADHD has a variety of symptoms, and these can be debilitating if left untreated.

To get an ADHD diagnosis, a person needs to show clear signs of multiple symptoms.

Symptoms of ADHD include restlessness, a lack of focus, poor organization and impulse control, and excessive speaking and movement.

These symptoms often occur together and their intensity can vary from day to day.

People with ADHD don’t have to experience their symptoms all the time, which can make it more difficult to diagnose (particularly when it comes to diagnosing adults).

ADHD is typically diagnosed in children, and symptoms are shown anywhere between 5-12 years old.

But while the majority of new cases are diagnosed in children, sometimes it can take until a person is an adult to get an ADHD diagnosis.

This is tricky for several reasons; but while ADHD can be diagnosed in adulthood, can symptoms start showing themselves later in life as well?

Can ADHD Develop In Adulthood

There isn’t a ‘cure’ for ADHD, and if you have it as a child then the symptoms will persist into adulthood as well.

While it can take until later in life for a person’s ADHD to be diagnosed, that person would have been experiencing symptoms since childhood but they went under the radar.

ADHD is caused by a variety of factors, including genetic influences or a natural disposition to the disorder.

Age and external factors can influence the severity of symptoms of ADHD, but they won’t cause them to occur in the first place; in essence, ADHD is something that you’re born with.

Adults looking for an ADHD diagnosis can struggle to find the treatment they need.

As mentioned previously, it’s harder for adults to be diagnosed with ADHD as most cases are diagnosed in children.

In addition to the differences in age groups, there are several other reasons why it can be hard for adults with ADHD to be diagnosed.

Symptoms can present themselves differently in adults, which can come as a result of a more-developed brain or better ways of managing symptoms.

Many people with ADHD also ‘mask’, which refers to ways that people disguise their symptoms to better fit in – these can include fidget toys, suppressing stims (repetitive movements or noises), or even trying to stay as quiet and still as possible to avoid saying or doing something ‘unusual’.

While it isn’t the case the majority of the time, medical professionals may also be reluctant to diagnose adults with ADHD.

This could be down to symptoms being less noticeable in adults, where years of masking and dealing with the symptoms of ADHD make it seem less obvious.

Alternatively, some doctors may see the issue as less harmful if it has been untreated for so long, and treating the person’s ADHD with medications or therapy could be considered unnecessary.

Women are also at more of a disadvantage, as they are far less likely to be diagnosed with ADHD at any stage of their life.

Unfortunately, it’s much harder for adults to be properly diagnosed with ADHD; however, a proper diagnosis and treatment can be greatly beneficial, and if you think you may have ADHD then asking for a referral is better done late than never.

Tips For Managing ADHD As An Adult

Despite the difficulties facing adults with ADHD, both diagnosed and undiagnosed, there are plenty of ways to help reduce and manage symptoms.

ADHD doesn’t have to be debilitating, and these techniques can help you stay on top of ADHD symptoms as an adult. 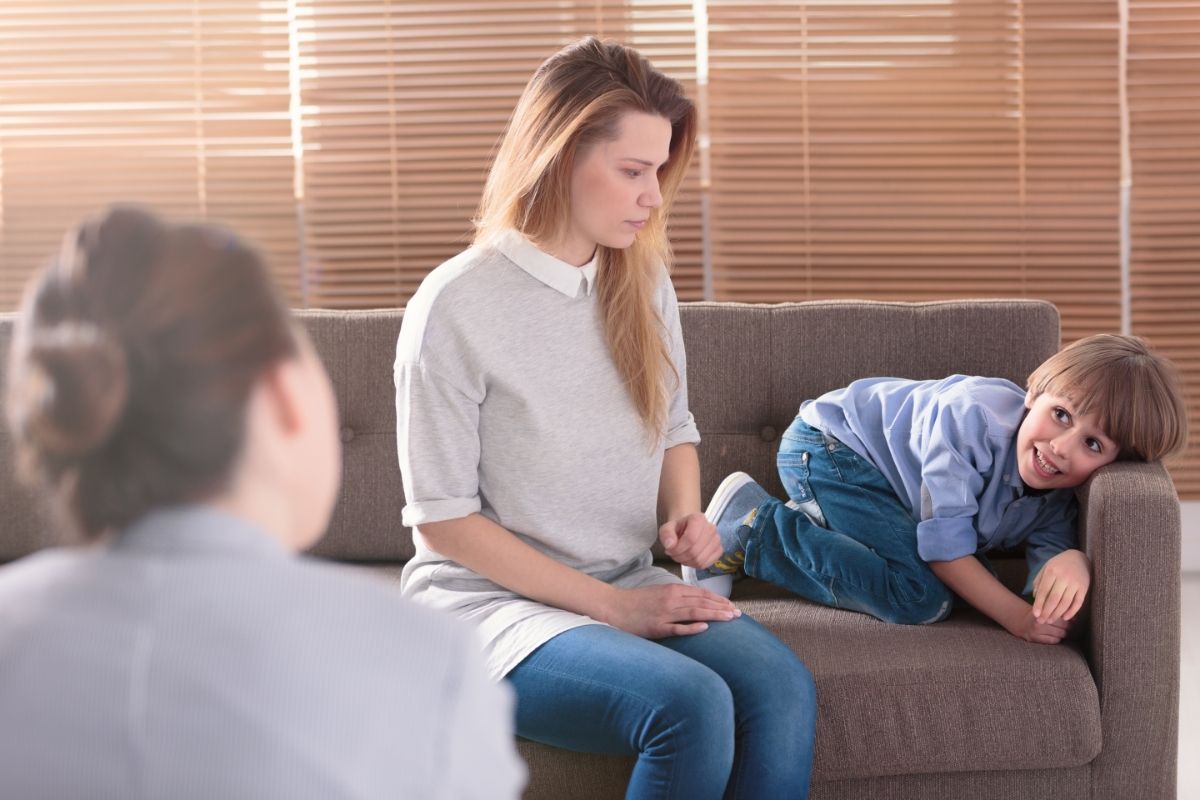 ADHD can make it hard to stay organized, and a lack of structure makes that even worse.

By adding more structure to your day (via a timetable, deadlines, and other time management methods), you can help to stay more organized.

Keep to your schedule, and don’t be discouraged if you don’t see results immediately; it can take some time for you to build a routine, and if it still isn’t working for you after a while then you can adjust it.

Keep Your Body And Mind Healthy

Physical and mental health are both incredibly important, and if you struggle with ADHD then this is all the more true.

Exercise is great for helping balance out any excess energy you have built up, while healthy eating keeps your body in better shape.

Mindfulness and meditation can be tricky if you’re dealing with ADHD symptoms, but can be a great way to calm yourself down and build up coping mechanisms for bad days.

Work On Your Relationships

Having a good support network is key for staying on top of ADHD symptoms.

Maintaining relationships with your friends and family will mean you have a great network of people to support you if you’re struggling, who know what you’re going through.

It will also help you develop better behaviors when interacting with other people.

While ADHD doesn’t develop in adults, the symptoms people with ADHD experience as a child will persist throughout their life and need to be treated with therapy and/or medications.

ADHD may be harder to diagnose in adults, but there is still support out there for people with undiagnosed ADHD.

The best thing to do if you think you might have ADHD is to consult a professional. Although ADHD can be tough to deal with, with the right support you can stay on top of your symptoms and live your best life!