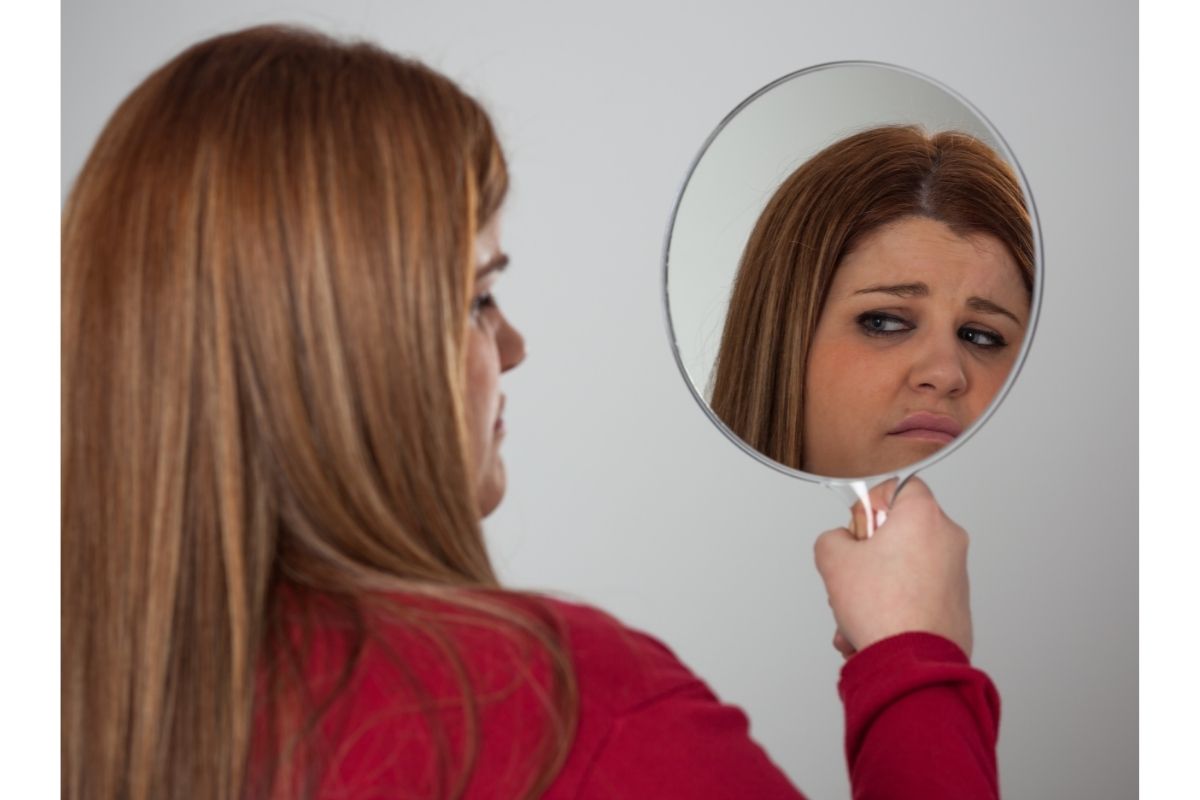 It’s horrible to always feel like you are much less than those around you. Feeling inferior can have a large impact on your relationships, career, and much more if you don’t address it and try to put a stop to it.

We, humans, are always so hard on ourselves, and it’s true that we are our own biggest critics. But has it ever crossed your mind that you could turn that inner critic into your biggest fan with just a few mindful tricks?

It will take a lot of time and work but once you have come out of the other end, you will feel so much more worthy and empowered than you maybe never thought you could which makes all the internal battles worth it.

What Is An Inferiority Complex?

It’s natural for others to be better at certain things than us, that’s one of the things that makes humans so interesting as we all have our own strengths and weaknesses.

For example, noticing that someone can run further than you even though you’ve been practicing for a few weeks does not give you an inferiority complex as long as you don’t start beating yourself up about it.

The healthy way to look at this is to feel motivated to keep running because you want to be good as them, and you believe that one day you will be.

But when someone has an inferiority complex, they will fall into a spiral of negativity where they will tell themselves that they are not good enough so why even bother trying.

The idea of an inferiority complex was first discovered all the way back in 1907 by a psychoanalyst called Alfred Adler where he described it as those who lack the motivation to pursue their own goals due to an overwhelming feeling of inadequacy.

If you are not sure if you have an inferiority complex or not, here are some questions that you can ask yourself to get a better idea.

If you answered yes to those questions, there is a good chance that you may be suffering from an inferiority complex.

Don’t lose hope though because you are already moving in the right direction and once you have gone through the effort of overcoming it, you can ask yourself these questions again to compare your progress.

What Causes An Inferiority Complex?

It’s a bit tricky to pin down what causes an inferiority complex in someone unless they have an in-depth session with a professional but here are just some of the common causes that may apply to you.

As with most psychological pitfalls, the way in which you are raised can have a big impact on whether you will have an inferiority complex or not.

If you noticed one or both of your parents putting themselves down a lot when you were growing up, you may have internalized it began treating yourself in the same way.

Parents who were always pushing you to succeed can also make you feel inferior because you weren’t worth anything unless you were performing better than everyone else.

Not getting enough encouragement from your parents as you were growing up can also make you feel inferior because you didn’t feel like you had the support which made you feel like you wouldn’t achieve anything.

All of these things can make you feel like you are fundamentally flawed and you will never be able to be as good as other people because it’s just not possible.

Having this belief can lead you to never want to put yourself into new situations because you don’t want to be evaluated or judged.

Having an inferiority complex stemming from how you were brought up can be harder to get over as it is so ingrained in your thought patterns, but it is still very possible.

This is another pattern of thoughts and behavior that can be caused by how you are brought up.

Being criticized by a parent constantly can lead you to feel worthless because what you do never meet the standards that have been set for you by the people you look up to.

Having this reaction can lead you to lose the motivation to even try anything new as you already fear you will be scrutinized. 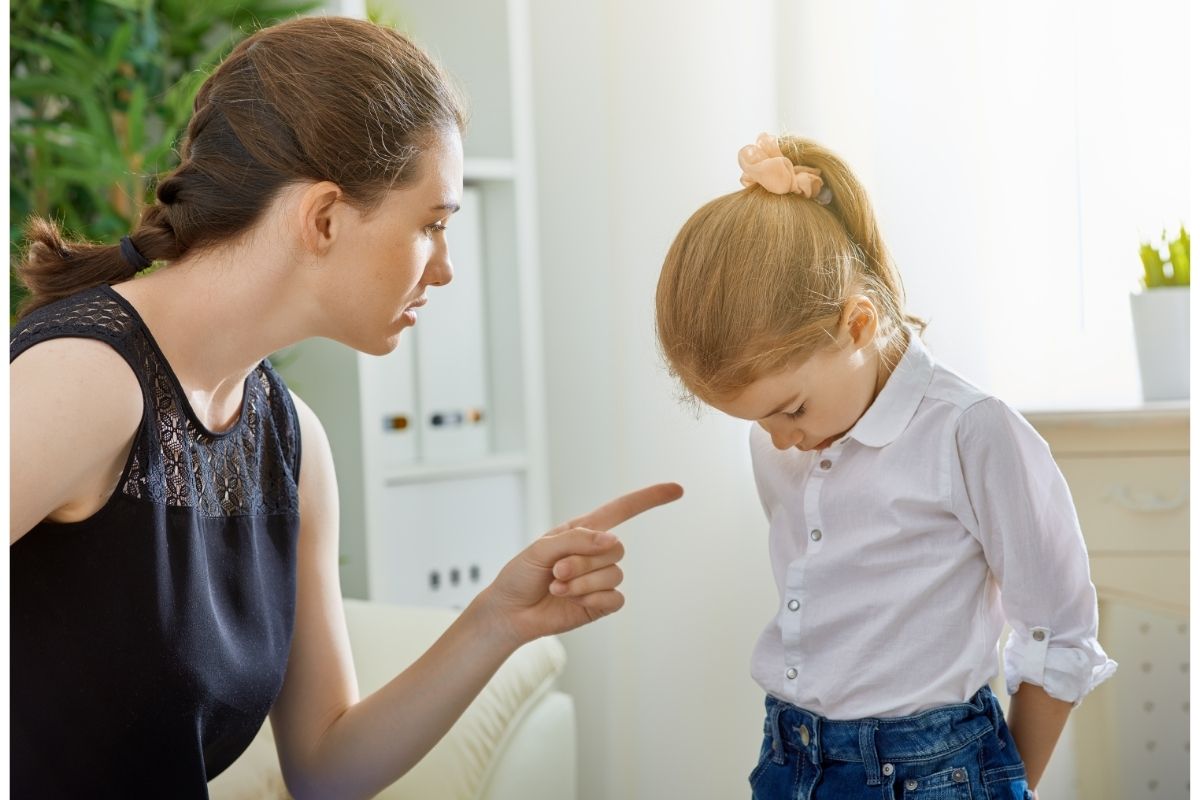 Comparing yourself to others is a natural part of functioning in society but if you take it too far and are always comparing their best parts to your worst parts, you are only asking to feel miserable.

With the rise of social media, there is nothing stopping you from spending hours upon hours scrolling down people’s feeds showing a perfect life with everything that you want in it.

You have to be careful with social media though as you can fall into a trap of always looking for something to make you feel bad about yourself to almost affirm your feelings of inferiority.

Having an inferiority complex can make you become a black and white thinker which means that you are always thinking that you are the worst person in the world who is absolutely terrible at everything but that person that you saw on social media is perfect and amazing in every way.

This is called the ‘black and white thinking trap’ but is also known as ‘all or nothing’ thinking which means that you don’t think in a way that is more reasonable.

How To Overcome An Inferiority Complex?

As mentioned earlier, overcoming an inferiority complex will take a lot of time and work, but once you have gotten into the habit of changing your thought patterns, you will find that it’ll get much easier with time, and before you know it you will have a much healthier vision of yourself.

Here are some of the methods that you can try to overcome an inferiority complex. Depending on what caused you to think the way that you do, you can try any one of these methods or combine them to give you as many tools as possible.

The next time you find yourself falling into a spiral of negative thoughts, don’t just let them have their way with your emotions and instead try challenging them.

Tell them that you are not a horrible person and the reasons that they have to back their statement are not reasonable and are based on unrealistic standards.

This will be hard, to begin with as you will probably feel that you are lying or fooling yourself, but it is actually the opposite. You are getting back in touch with reality and are taking the reins back from your inferiority complex.

Remind yourself that we all have our own lives and not one of us has the exact same goal and aspirations. No matter how hard you try, you will never be that person that you saw with the perfect life on social media.

This is because you cannot change who you are completely so why not take you for who you are and work with what you have, you will be amazed at how much potential you have, and being who you are will lead you to be much happier than you would be trying to be someone else.

As well as this, the beautiful person you saw on social media with hundreds of friends, a beautiful house, and an amazing career is highly edited and staged for the most part, and they will be struggling with things behind the scenes in just the same way you are because you are both human and humans are not perfect no matter how hard you try.

You can try spending less time on social media or by deleting your accounts altogether if you don’t feel you have the willpower to stay away.

In a few days, you will realize how much more free time you have, and your brain will feel a lot less cluttered. 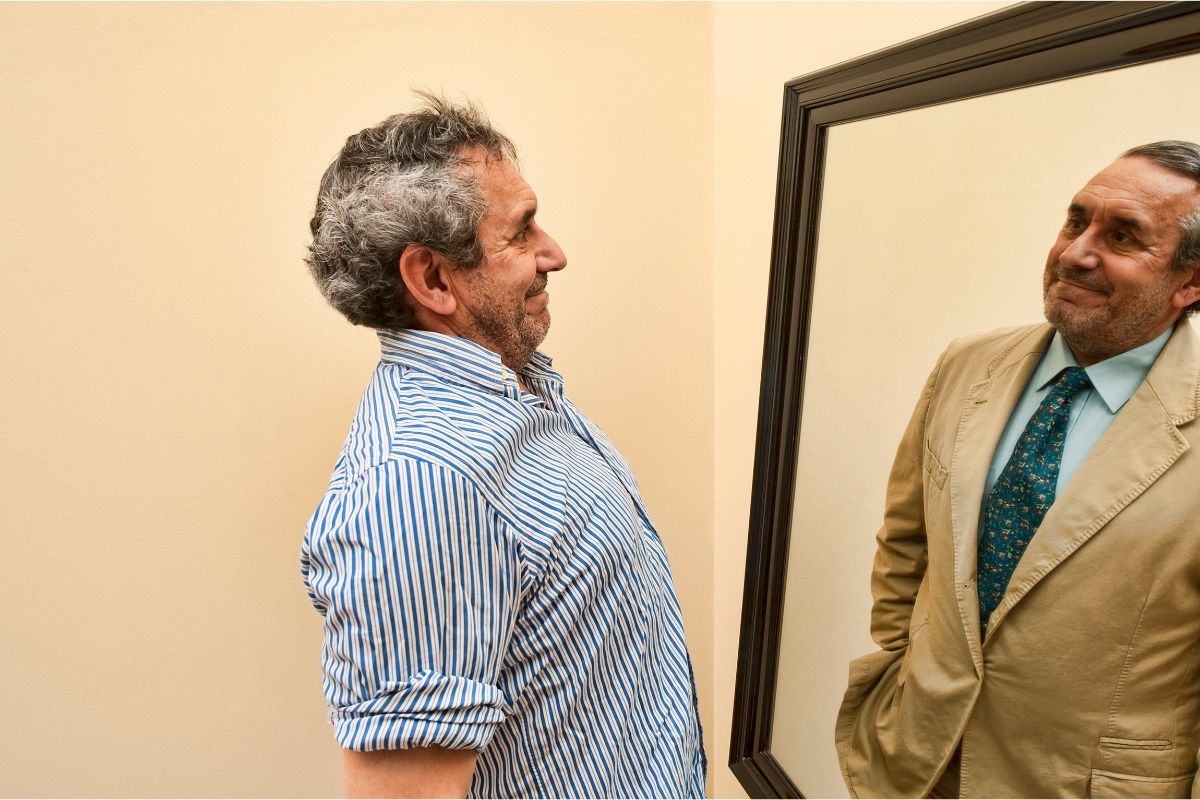 If you find yourself comparing yourself to others whilst out and about, stop that train of thought as soon as you can and focus on other things such as the people you are with or thoughts that are more pleasant and not people orientated such as the nice building you saw or a new book you want to read.

People do not owe you positive affirmations and constantly looking at them for reassurance and validation will only leave you feeling disappointed because nine times out of 10, people will not react the way that you want them to.

This is because they are humans and cannot be perfectly predicted, they themselves are too busy thinking about themselves to worry about feeding into your self-worth, so you need to get those positive affirmations from yourself.

Set your own goals and once you have met them, give yourself praise and celebrate how amazing you are.

To begin with, it will probably feel lackluster, but that is because you are still learning to love and accept yourself once you are in a place where you value yourself, it will give the affirmations much more impactful.

Mindfulness is a type of meditation that you can try which is a great way to stop your thoughts from running away from you and bringing yourself back to the present.

For just a few minutes, you don’t have to worry about the silly thing you did five years ago or what you will say on the job interview you have next week.

It is just you and the moment. You will find that practicing mindfulness will make you feel much more accepting of yourself and your feelings of inferiority will be reduced.

A part of mindfulness is that you do not shove the thoughts that come into your head out of the way, you let them walk through your head and see them for what they are, but you take a step back and don’t get involved with them.

Give yourself a break and accept yourself for who you are, even the flaws because that is what makes you real, and being real is much better than being perfect because perfection doesn’t exist!

To summarize, having an inferiority complex can stem from numerous things and can start from as early as childhood, but this does not mean that you are doomed to feel that you are worse than everyone else.

There are ways that you can overcome your inferiority complex which will make you a much more confident, happy person.

You have to put in the time and effort, but it will be the best thing you will ever do as it will open doors for you which you had always seen as being welded shut.