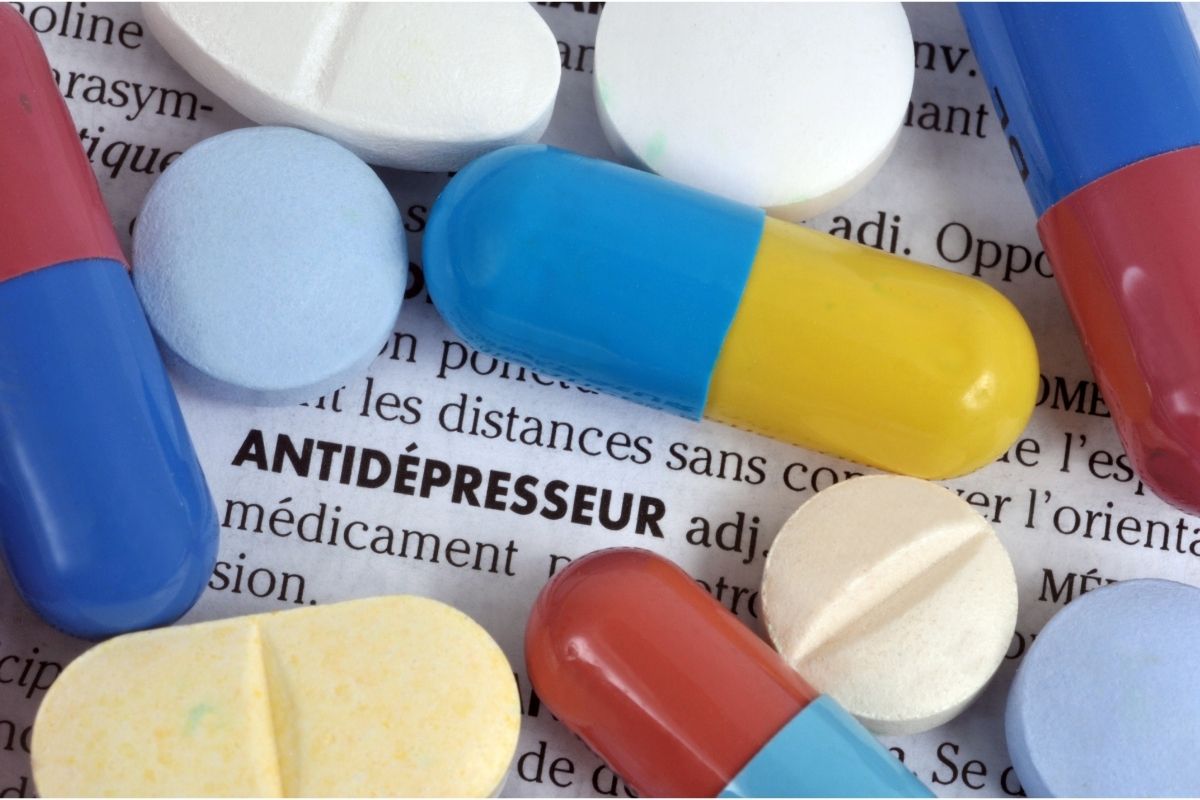 Or maybe you are curious and want to know more? Whatever your reason might be, we have the answer for you!

When it comes to antidepressants, there are lots of theories flying about their impact. Some of these are grounded in scientific research and evidence, others are not.

It can be tricky to sift through these and know what is real and what should be ignored. It leaves you overwhelmed, and unsure where to turn.

Well, no more! Today, we have all the answers you need. Keep reading to find out if antidepressants affect intelligence and everything else you need to know about them.

Before we dive in, let’s take a quick look at what depression is. Depression is an emotional state characterized by persistent feelings of sadness or loss of interest in normal activities. Symptoms include:

Some people experience physical symptoms such as headaches, stomach aches, or sleep problems. People with depression may have thoughts about suicide. Depression can cause changes in behavior or thinking.

How Do Antidepressants Work To Treat Depression?

The body’s neurotransmitters (chemical messengers) play a role in how we feel and act. The brain produces serotonin, norepinephrine, and dopamine, which send signals through the nervous system.

When you have too little of these chemicals, your mood goes down and you become depressed.

They also balance out brain chemistry which may be causing the depressive symptoms.

It might take several weeks of taking medication before you see an improvement in how you feel, and there may be side effects that come with taking antidepressants.

Are There Any Side Effects When Taking Antidepressants? 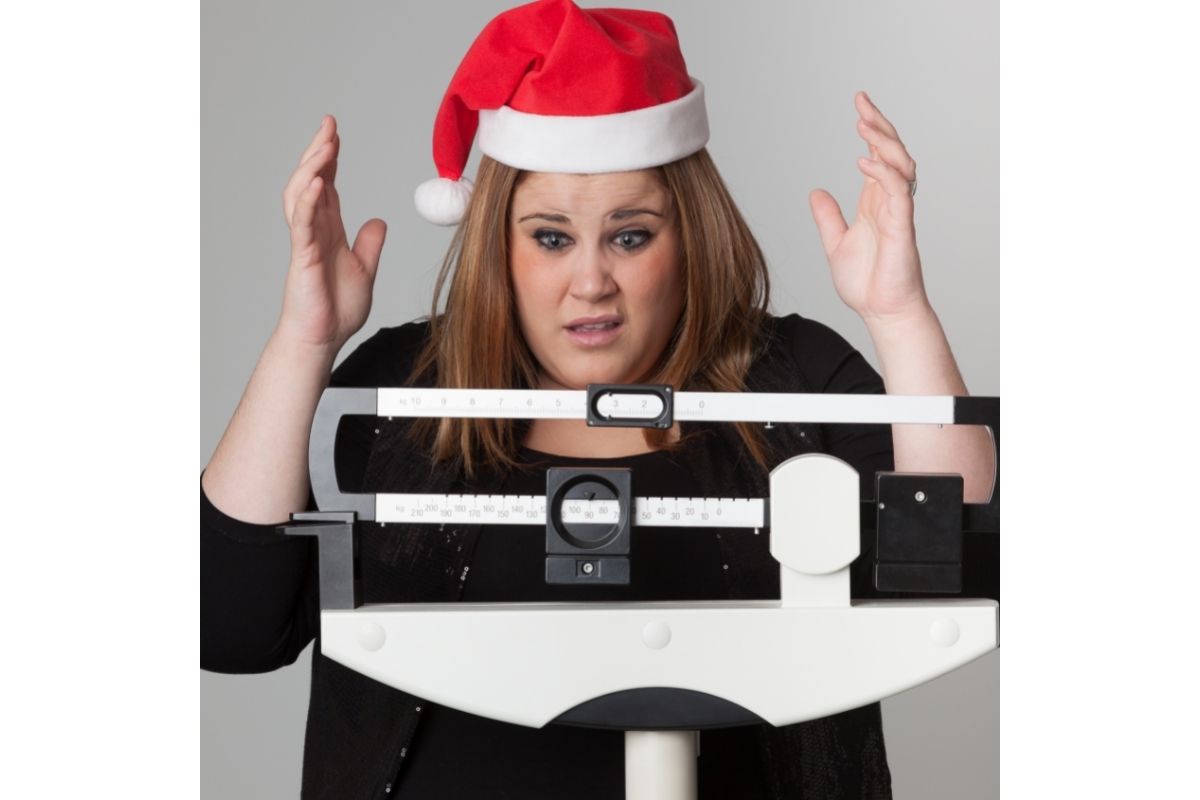 Less common side effects include the following:

If these happen, you should tell your doctor immediately. If depression doesn’t improve with treatment, you can talk with your doctor about alternate treatments.

Let’s take a look at the different types of antidepressants available.

TCAs were originally used for the treatment of depressive disorders; however, they have since been reported to be effective in treating a variety of types of neuropsychiatric disturbances including panic attacks, obsessive-compulsive disorder, alcohol abuse, eating disorders, insomnia, posttraumatic stress disorder, generalized anxiety, Tourette syndrome, attention deficit hyperactivity disorder, autism, Alzheimer’s disease, etc.

Research has indicated that the SSRIs may work better than the TCAs as an initial antidepressant.

However, because the side effects of these two groups overlap, it is usually possible for doctors to switch from one type of medication to another once symptoms start to subside.

Other forms of psychotherapy treatments such as cognitive behavioral therapy can be effective when combined with pharmacological interventions for major depressive episodes.

It is important to note, though, that no combination of psychotropic drugs has been demonstrated to be superior to any single drug alone.

Intelligence refers to an individual’s capacity for reasoning, problem-solving, and other aspects of thinking.

Intelligence tests are designed to measure different aspects of intelligence, but most people refer only to general intelligence measured by IQ scores (also known as the “g factor”).

This g factor is one of the three main factors believed to explain human behavior. “General Intelligence” is the name given to the overall level of intelligence that we have at birth and throughout life.

To reach this level, all children must achieve early developmental milestones in each area of their brain’s development, although the speed at which they do so varies greatly between individuals. 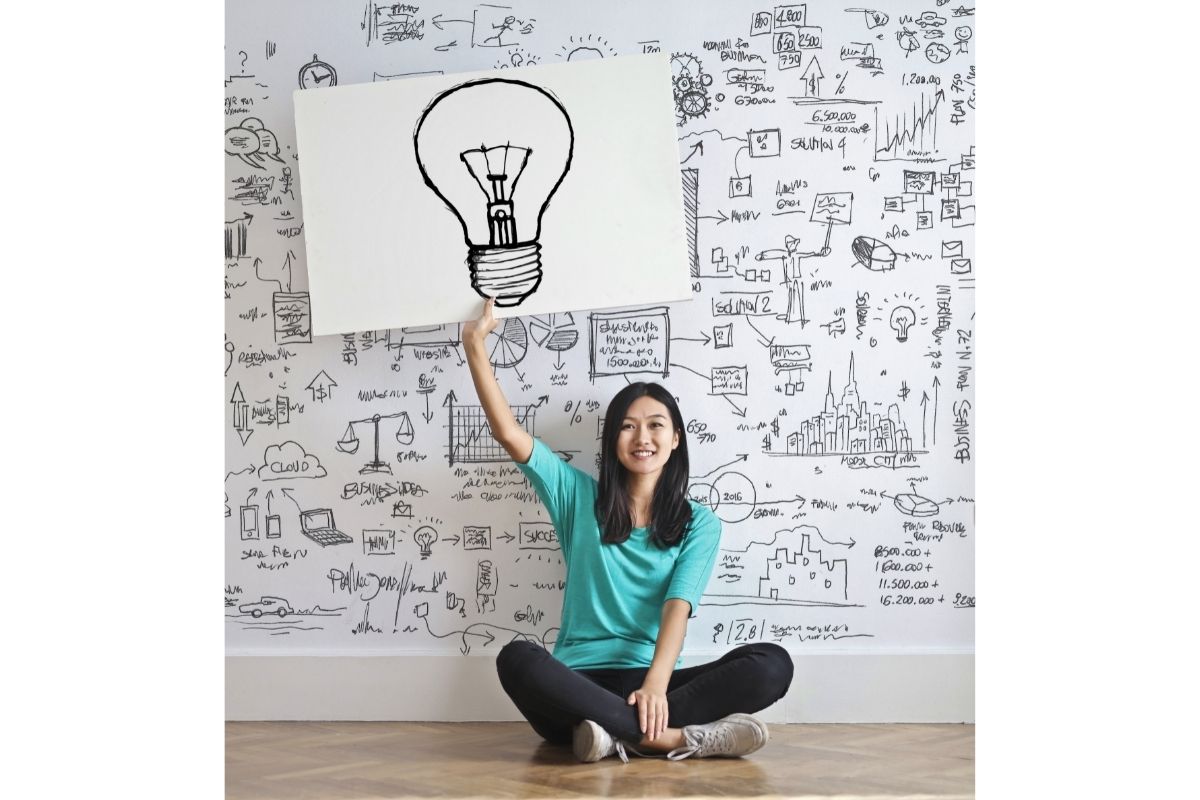 Many factors affect how intelligent a person becomes—some genetic, some learned, and others acquired through experience and education.

In addition to innate talents, many people develop intellectual abilities simply by spending more time with their peers, improving their educational opportunities, reading, participating in hobbies and activities that interest them, communicating frequently with friends and family members, trying new things, and doing challenging work.

As children grow older, they begin to engage in social interaction with peers and teachers. Peer relationships play an important role in enhancing intellectual development because those who spend time together become better acquainted with one another.

They learn about each other’s strengths and weaknesses, and form friendships and support networks. Social experiences that occur later in life can also enhance intellectual growth.

How Do We Measure Intelligence?

There are multiple ways to measure intelligence. The kinds of IQ testing methods used today are based on research conducted in Scandinavia during the 1950s.

The results of these studies showed that IQ could be broken down into four components: Verbal skills, visual-spatial skills, working memory, and processing speed.

As our knowledge of brain function increased over time, researchers discovered additional components and began measuring them separately as well.

Although the exact mechanisms underlying intelligence remain uncertain, researchers believe that intelligence involves complex interactions among the various parts of the brain.

Some experts believe that mental ability depends upon the proper functioning of structures called neurotransmitters, while others suggest that intelligence is related to the size and shape of brain regions or even certain genes.

A popular theory suggests that genetics account for about half of variations in intelligence, while environmental influence accounts for the rest.

However, many psychologists question whether genetic explanations can adequately explain the wide range of differences observed across cultures.

Scientists also debate the extent to which changes in intelligence result from learning or the environment.

The technique has been successful at identifying areas of the brain that become active when people perform particular tasks.

This information can then help neuroscientists understand what goes wrong when we suffer from diseases like Alzheimer’s disease, or depression.

There is still much work to be done before fMRI techniques can be widely applied in clinical settings; for now, they are mainly useful for scientific investigations.

Research shows that depression causes the hippocampus (which is involved in learning and memory) to shrink.

Treatment with antidepressants can reverse these effects, which could, in turn, help a person to learn and remember as they would before they became mentally ill.

So, technically, the underlying mental health conditions if not treated could contribute to problems with learning and memory rather than antidepressants themselves.

Resolving depression also tends to increase a person’s ability to focus their attention and concentrate.

In some cases, the side-effects of antidepressants could affect a person’s ability to use their intellectual assets, however, untreated depression is far more harmful.

There is no significant evidence that depression or antidepressants directly affect IQ, however, untreated depression can severely impact the many mental facets needed to reach full intelligence potentials.

If you want to maintain your intellectual abilities, it is important to treat any mental health issues. Being intelligent means being able to solve problems and deal with challenges.

When you have a mental health condition like depression, your thoughts and behavior change and become negative, which can affect your ability to perform even simple tasks.

While depression doesn’t directly affect your level of intelligence, it affects your ability to use your intelligence appropriately.

This means that antidepressants inadvertently affect intelligence by helping you to recover from the mental illness which negatively impacts your abilities. 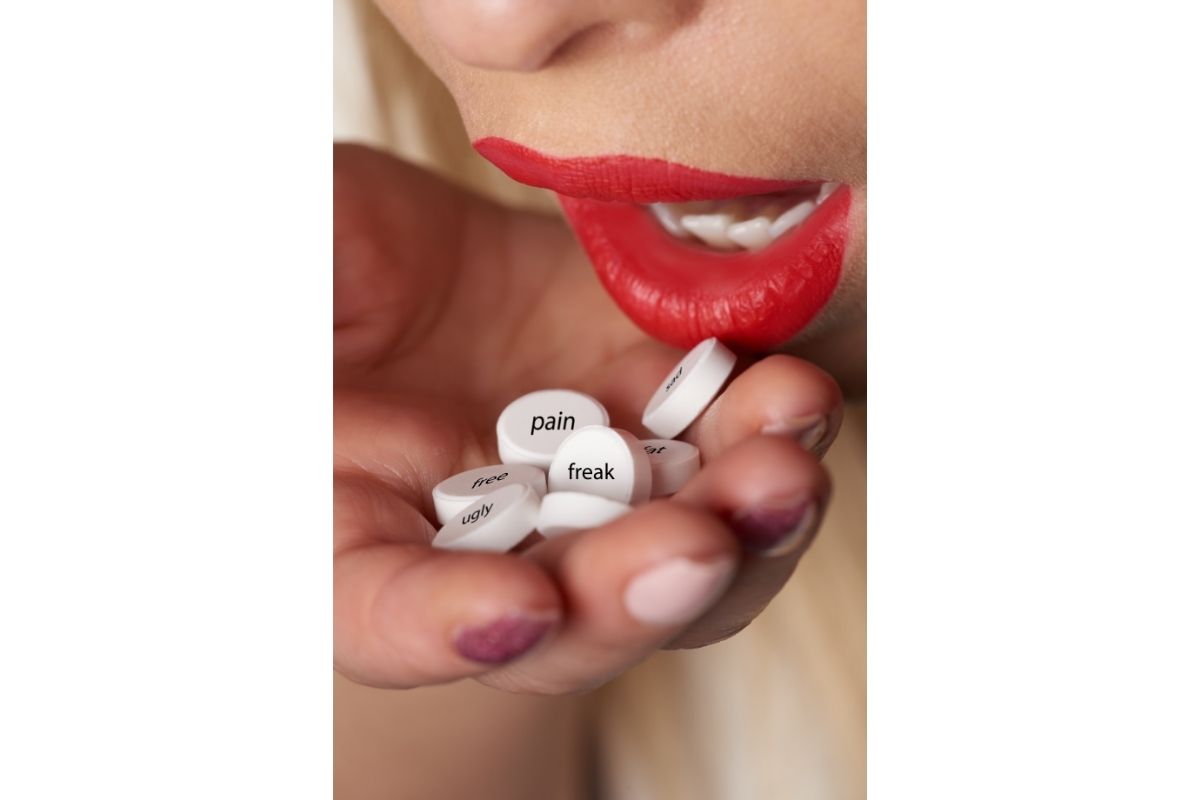 Antidepressants are common treatments for various kinds of mental conditions and disorders such as depression and anxiety.

So, in this guide, we run through and answer these frequently asked questions about antidepressants, including whether antidepressants negatively affect puberty.

By the time you have finished reading, you should have a better understanding of antidepressants and whether you, or someone you know, should take them.

Antidepressants are inhibitors that alter chemical reactions in the brain, also called neurotransmitters and chemical messengers.

As a medication, antidepressants are used to treat mental conditions and disorders such as depression, anxiety, bipolar, BPD, and so on.

One of the most commonly known, and widely taken, antidepressants is Prozac.

Like any medication, antidepressants present both benefits and side effects. The efficacy of these depends on the patient in question.

Overall, antidepressants are used to improve mood and alleviate the symptoms of depression, anxiety, and other unwanted mental conditions and disorders. 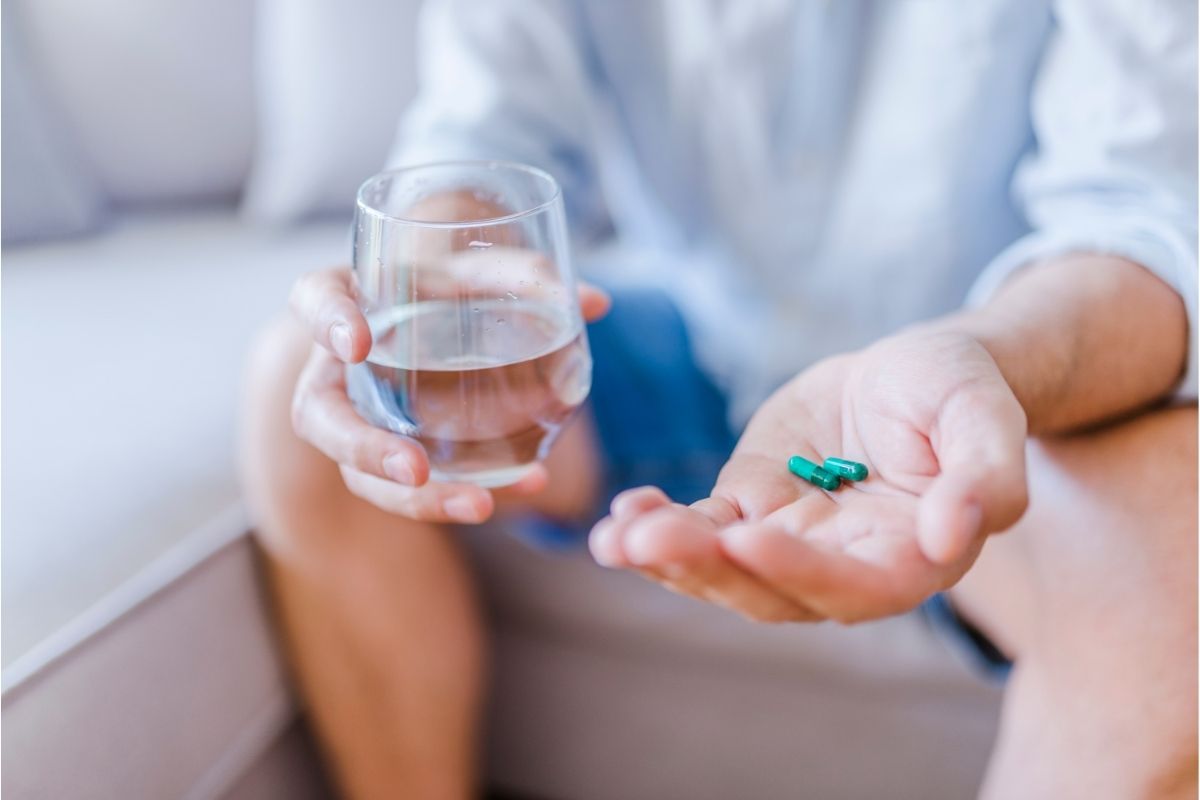 There are different types of antidepressants, and which of these is prescribed will depend on the patient and their specific mental condition.

However, these are often prescribed when SSRI and SNRI antidepressants prove ineffective.

How Do Antidepressants Work?

So, how do antidepressants work exactly?

The reason we feel happy, content, motivated, confident, grateful – and so on – is due to chemical reactions in the brain that happen as a result of experiencing things that make us feel this way.

This is a natural process. These chemical messengers, which send these signals to the brain, are also called neurotransmitters.

Some of the most well-known neurotransmitters include serotonin, dopamine, oxytocin, and norepinephrine.

And norepinephrine is linked to feelings of fear and anger.

While antidepressants can be effective, it is also possible to fix these chemical imbalances in the brain through natural methods, such as improving one’s general health and lifestyle.

Now, onto the main question, do antidepressants negatively affect puberty?

This refers to and includes the growth in teenagers as a result of puberty, as well as general libido (sex drive) and the ability to orgasm, ejaculate, and achieve an erection.

Unfortunately, the answer to this is not widely confirmed. So, the only answer is that it can vary depending on the patient, which will ultimately be determined by the doctor.

Antidepressants, such as SSRIs, have been linked to having adverse endocrinologic effects – hormone imbalances – in adults, as well as some sexual side effects and a possible stunt in growth rate in young adults.

Despite that, there have also been studies showing antidepressants to have little to no side effects on the growth and puberty of children and teenagers.

Therefore, the answer is unclear. Ultimately, the decision to take antidepressants is decided by, and monitored by, the doctor.

It is also important to monitor any changes you, or your child, experiences while taking antidepressants.

The Advantages of Antidepressants

The main benefit of taking antidepressants is that they offer a quick and easy fix for undesirable mental conditions such as depression and anxiety and their related symptoms.

They are generally safe to take, as well as easy to take, and can help the patient to feel better and return to their usual activities or schedule.

The Side Effects of Antidepressants

Like any medication or supplement, there are possible side effects. But, in general, these are rare, not considered extremely harmful, and may only occur if antidepressants are taken in an excessive amount.

The main disadvantage to antidepressants, however, is that they are a temporary solution only.

Patients can experience a “crash” after the effects wear off, and can therefore become dependent on, or addicted to, antidepressants and the feelings associated with using them.

Should You Take Antidepressants?

Nothing should stop you, or someone you know, from taking antidepressants if they have been safely prescribed by a doctor and prove to be effective and beneficial.

In general, SSRI antidepressants are considered safe to take for pregnant women.

For teenagers and young children, the side effects, if any, can vary, and will depend entirely on the individual themselves and the doctor’s recommendation.

Ultimately, it is best to monitor antidepressant use with regular check-ups by a doctor or health professional.

Neurotransmitters such as serotonin, dopamine, and oxytocin can be self-managed by leading a healthy, happy lifestyle — including getting enough sleep, exercise, good nutrition, nature, new experiences, achievements, socializing, laughter, intimacy, music, and doing things we enjoy in general.

The short answer: whether antidepressants affect puberty – growth and libido – in teenagers is not entirely clear.

Adverse side effects may or not occur, and can depend wholly on the individual. As a result, it is always best to have antidepressants prescribed by, and monitored by, a doctor or health professional.

If you, or someone you know, is experiencing and suffering from depression, anxiety, bipolar disorder, borderline personality disorder, or any other mental condition, it is important to get help immediately – whether that involves professional help, medication, or simply someone to talk to.